Dar es Salam-Tanzanian President John Magufuli was sworn in this week for a second and final term after the just concluded chaotic elections in the history of the east African nation, amid warning by the opposition-which disputed the results-of ‘dark days coming’.

Mr. Magufuli won re-election after polling more than 84 percent of total votes against his main challenger Tundu Lissu of the CHADEMA party, who garnered 13 percent of the votes.

But the opposition claimed the election was ‘a mere selection’ done by a biased electoral body and overseen by partisan security services who arrested some of the contestants on polling day, and allegedly rigged the polls. Magafuli challengers in the election said the 61-year-old will suffer a legitimacy crisis. 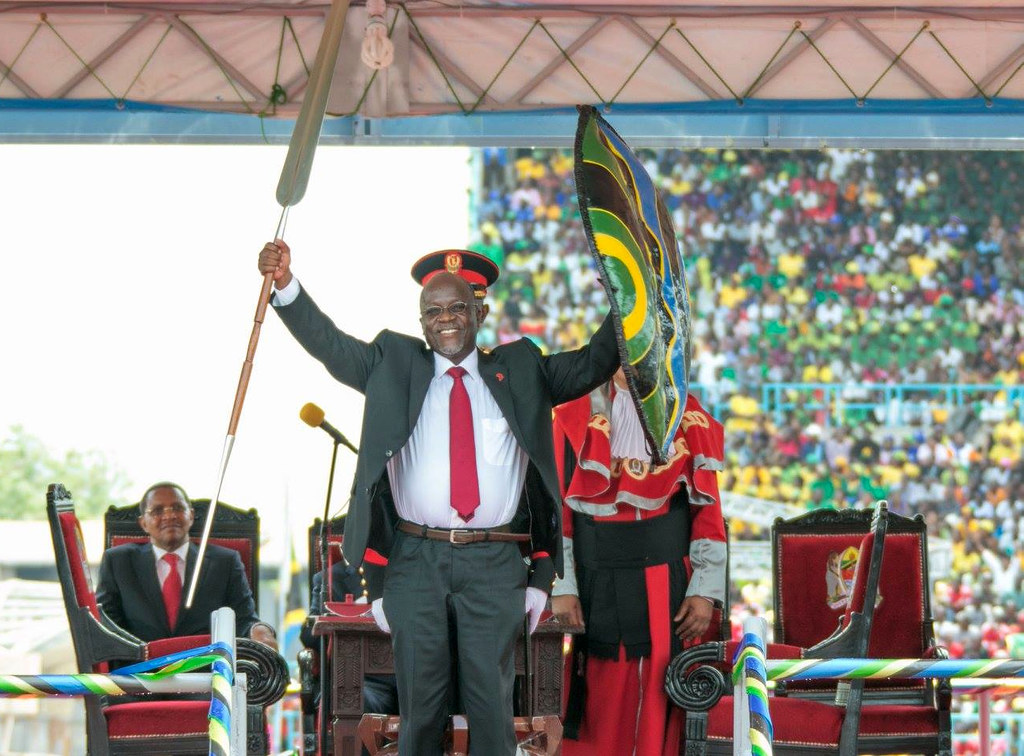 “Swearing in of President of Tanzania John Magufuli | Dar es Salaam, 5 November 2015” by Paul Kagame is licensed under CC BY-NC-ND 2.0

Mr Magufuli won a second term in an election that was marred by violence, media crack down and intimidation of opposition political leaders, prompting international observers and diplomatic figures in Tanzania mainly the United States, the United Kingdom, Norway and Canada to declare that his re-election were marred by irregularities and lacked credibility.

“This was not an election but just a selection. Mr. Magufuli knows about it. We will not accept his government and we must do everything we can to protect our country from totalitarian rule,“ said losing presidential aspirant Mr. Zitto Kabwe, leader of the opposition ACT Wazalendo party.

Lissu said the election was a fraud and called for the international community to reject the results.

Professor Ibrahim Lipumba, leader of the Civic United Front (CUF) claimed that his party will not participate in any future elections under the current constitution.

“It is high time for all political parties, civil rights organizations, the media and all well-wishers to join our cause. Our country needs a new constitution that will trim the powers of president. Under the current environment we cannot expect anything new during the electoral process,“ he said.

In his inauguration speech at Jamhuri Stadium in the administrative capital Dodoma, Magufuli urged the opposition to get out of the election mode and accept the results.

“Elections have come and gone, it’s time to work for our country. My administration will continue the fight against corruption, creating employment opportunities as well as continue with major projects” said Mr. Magufuli.

Ahead of his inauguration ceremony, leading opposition contender, Tundu Lissu, of CHADEMA party, Zitto Kabwe and several members of main opposition parties were arrested and  are being charged with terrorism, and endangering national security, according to Dar es Salaam police Chief Lazaro Mambosasa.

Despite having ten other contestants, Ghana’s presidential...

How DRC’s colonial legacy forged a nexus between ethnicity, territory and conflict

Despite having ten other contestants, Ghana’s presidential poll was a two-men horse race

Overshadowed by COVID-19, HIV/AIDS remains a thorn in the flesh for Africa